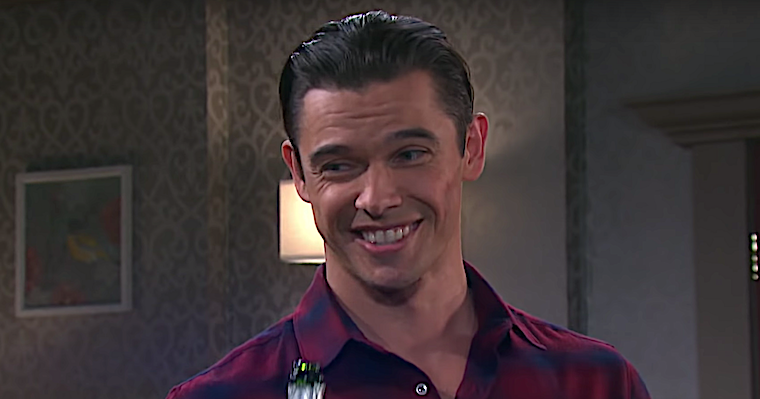 Days of Our Lives (DOOL) spoilers teased that Sarah Horton’s (Linsey Godfrey) life flipped upside down with Nicole Walker’s (Arianne Zucker) sudden arrival to Salem. But that’s not the only person who is throwing a wrench at Sarah these days. Apparently, Xander Cook (Paul Telfer) also has his eye on Sarah and as many fans know, Xander is the kind of guy who gets what he wants most of the time. And this time around he sure enough wants Sarah. Here’s what you need to know.

Things have been pretty dramatic in Salem, to say the least. Xander has made it pretty clear that he still has the hots for Sarah. He remembers their one night stand from back in January while she was drunk after Eric Brady (Greg Vaughan) rebuffed her advances. Now that Xander is back, he’s hoping for a repeat of that night. And while there’s no doubt that there’s plenty of chemistry between Xander and Sarah, there’s no way that Eric is going to allow Xander to come in and make him look foolish once again.

Eric has had one hell of a bad month and he’s not going to let Xander make it worse. After Nicole surprised everyone by unexpectedly showing up, Eric was stunned but also very excited to have her back in his arms again. However, things turned sour pretty quickly for them after Nicole accused him of not doing a better job of protecting her daughter, Holly.

Eric has been beside himself and a totally wreck. Finding out about Xander and Sarah might definitely throw him over the edge, and that’s the last thing that Sarah would want to see. After all, she still has deep feelings for him. Of course, fans will have to tune in to find out what will happen next!

Days of Our Lives airs weekdays on the NBC network. Check your local listings for times. In the meantime, drop us a line with your thoughts in our comments section below. And as always, don’t forget to check back with Daily Soap Dish for all the latest news, updates and spoilers on Days of Our Lives and all of your favorite daytime television shows right here! 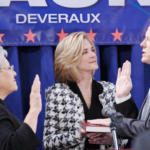 The Bold and the Beautiful Spoilers: Is Hope Logan (Annika Noelle) Pregnant?