Days of Our Lives Spoilers Wednesday: JJ Punches His Backstabbing Dad Square In the Face, Tears Jack Apart For Deporting the Love of His Life To Further Selfish Desires! 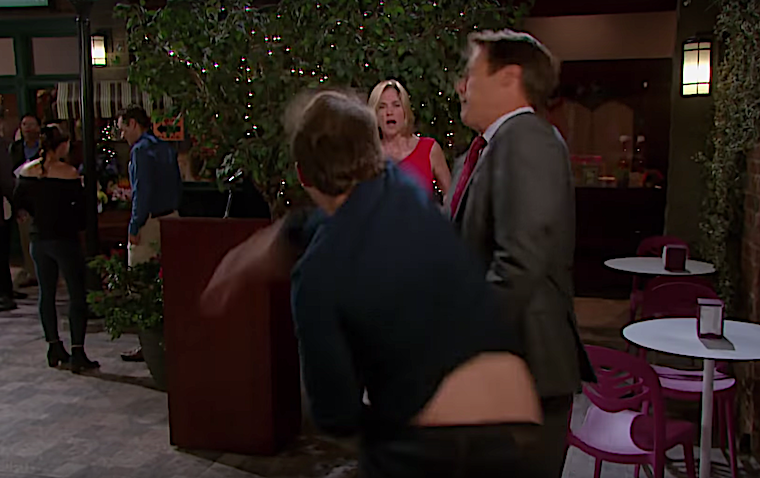 Days of Our Lives spoilers for Wednesday, May 15 relate that we’ve seen it coming for awhile now, it’s officially time to wave bye bye to the S.S. Rope. It will sink today the minute Hope hands over divorce papers to Rafe. The only thing he’ll be surprised by is how quickly it took her to get them.

Days of Our Lives Spoilers Wednesday: JJ Punches His Backstabbing Dad Square In the Face, Tears Him Apart For Deporting the Love of His Life To Further Selfish Desires!

You’d think he would put up half a fight for his marriage but nope, he’s done. He just signs them and is quickly read to just get on with his life. He doesn’t want the drama anymore. (Gee Rafe, if you could stop saving your exes and focus on your wife, your life would be pretty sweet, but I suppose that’s asking for too much.) It looks like Hope is ready to move on too, so I’m not sure just how upset she will be over this whole thing but maybe some distance will do them both some good. For now, Rafe is free to focus on Lani Price… wait, isn’t she involved with Eli? Oh boy.

JJ and Haley will finally hash their feelings out. They will sadly talk about what might have been between them, but both will accept the fate that Haley has been given—deportation. JJ is angry however and later he will go after Jack. He will view him as a total backstabber and who could blame him? His Father basically got rid of the girl he was in love with!! How awful,. So Jack will get a well- deserved punch in the face! Finally, the moment we’ve all been waiting on. Now if only JJ had hit him hard enough so that his memories and conscience would come back, now that would be some really rewarding television right there, folks!

JJ won’t be the only one angry at Jack. Jenn will have steam pouring out her ears too! She will go up against both Eve and Jack in defense of her son. No word on how Jack will feel about getting punched yet, but when Jenn goes to bat for their little boy, we may see a hint of the old Jack Deveraux, you know, the one that had a conscience and was actually a character you could root for? Yeah, let me know when he comes back, I’ll be the first one on the welcome wagon. Until then, stay tuned! 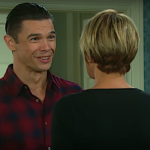 The Bold and the Beautiful Spoilers: Katie’s Plan For Shauna To Seduce Bill – Worst Idea Ever?