Days of Our Lives Spoilers Thursday, May 9: Election Day In Salem Teases Jack Win – Salem About To Enter Dark Ages With Amnesiac In Power and Wicked Witch of the West Pulling Strings! 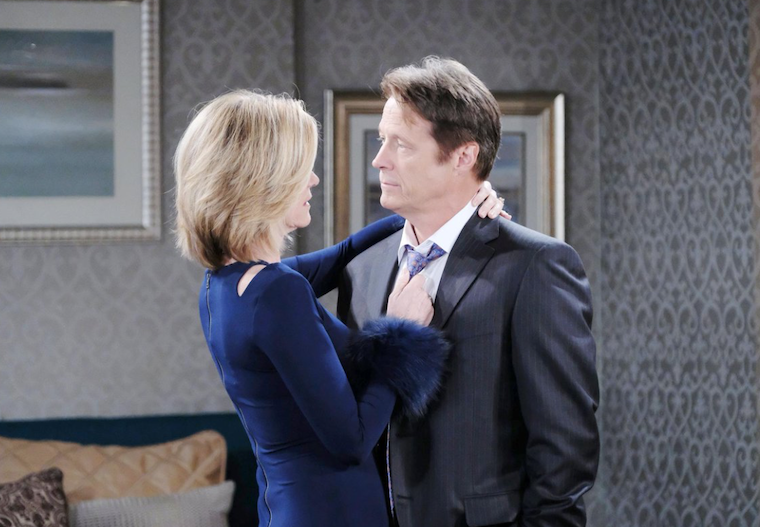 Days of Our Lives spoilers for Thursday, May 9 relate that it’s Election Day in Salem and now the residents have a choice to make. Will it be Jack Deveraux or Abe Carver? Jack and his scheming wife, Eve, are hoping for a major win. So is Abe but he has prepared for the worst. Here’s what you need to know

Days of Our Lives Spoilers Thursday, May 9: Election Day In Salem Teases Jack Win – Salem About To Enter Dark Ages With Amnesiac In Power and Wicked Witch of the West Pulling Strings

DOOL spoilers tease that a picture is worth a thousand words and the pictures that he shared involving Abe the last debate were seriously damaging. Even though Sheila Watkins spoke up in Abe’s defense, but a defense doesn’t erase memories.

Jennifer comes home from her trip just in time to cover the Election, but is dreading dealing with Jack again. He’s no longer the Jack Deveraux she knew and loved (we know, we miss him too, Jenn), and its hard to look at him when he’s gone through such a negative personality change. They will bump into one another and it will spur another argument between them. The keep going around in circles when they fight and its just not getting them anywhere. It doesn’t look like Jack and Jennifer will be on civil terms again until Jack gets his memories back and that doesn’t look like it’s going to happen anytime soon. It looks like Eve will remain ‘in power’ for now.

It looks like Dr. Kayla Brady will have some bad news for Will Horton and Sonny involving Will’s tumor. It looks like that in spite of the attempts to shrink it, the tumor hasn’t actually changed in size. If this keeps up, then the only option they have is risky surgery that may or may not go well due to the location of the tumor itself. Is the WilSon ship on the way out? Let’s hope not, they just got together!

Meanwhile, Claire puts in a last-ditch effort to get Tripp back, she turns over some taped evidence she has on him about his marriage over to Eve. Of course, Eve will be completely over the moon about this evidence, but spoilers say that this move is totally going to backfire on Claire and she won’t end up getting what she wants after all. Woops! Stay tuned! 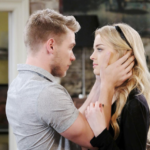 The Bold and the Beautiful Spoilers: Is Wyatt Being Sincere Or A Lying Soapbox? Breakup With Sally Over Thomas Secret Could Be Nothing More Than A Ruse