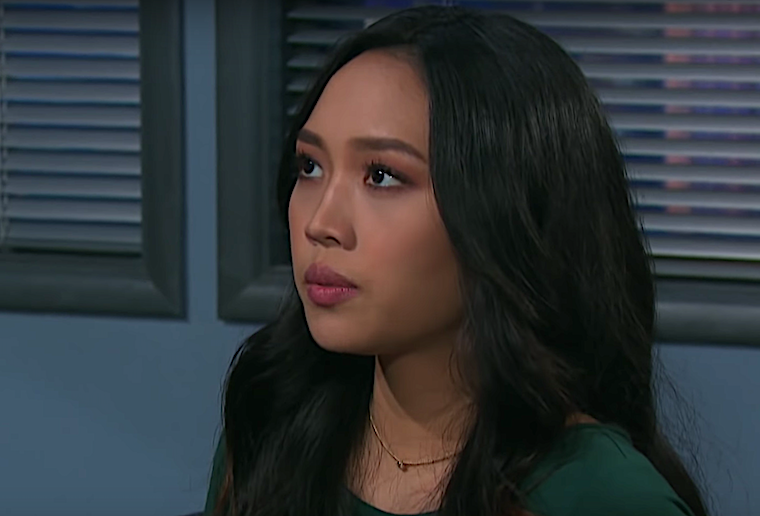 Days of Our Lives recap for Thursday, May 16 brings a resolution to Salem’s search for their next mayor, yet another crazy twist in the Halyey Chen (Thia Megia) drama, and have Ciara Brady (Victoria Konefal) taking Claire Brady’s (Olivia Rose Keegan) side. If you missed the action, let’s get to some highlights in today’s Days of Our Lives recap.

Days of Our Lives spoilers: Results are in

Do you think Haley should be given a chance at a life in America?
Created with QuizMaker

The election results are in, and Jack Deveraux (Matthew Ashford) has been chosen as the next mayor of Salem. This is a huge disappointment and shocker to quite a few in town, including Abe Carver (James Reynolds) and Jennifer Horton (Melissa Reeves). They blame his win on Jack’s dirty politics, and they’re not the only ones.

Hope Brady (Kristian Alfonso) is also upset to learn about the results. When she comes across Jack and Eve Donovan (Kassie DePaiva) while out with Ted Laurent (Gilles Marini), she says as much. She actually is quite insulting, and we can’t help marveling at the stupid right there. She’s begging for trouble, and she gets it. Jack had been thinking about keeping her around, but she just made his first official act as Mayor easy: finding a new commissioner. Ted, in full Pepe mode, says that he’s not staying without Hope, so it looks like Jack has two jobs to fill. It likely won’t be with Melinda Trask (Laura Kai Chen), as we’ll get to in a second.

Days of Our Lives spoilers: On the run?

So, after yesterday’s surprising revelation that Melinda is actually Hayley’s mother, she has to explain the whole situation. She was a teen mom who brought disgrace upon her family when she got pregnant by a guy from a prominent family. She was sent elsewhere in the meantime, while Melinda’s mother pretended like she was the one with child. We’re not sure how Melinda thought this would change anything, as Hayley was still born in another country to a person who wasn’t yet a citizen. We’re guessing that Melinda just needed to unburden herself. It might’ve been nice to, you know, do that sooner, but whatever. Hayley is rightfully shocked and upset about the lie.

Deciding enough is enough, Laverne Smith (Stacie Greenwell) breaks this reunion up. Hayley has a plane to catch, and she’s over this whole emotional moment. They’re walking through town on the way to the van when Tripp Dalton (Lucas Adams) rushes over to them with a bag of Hayley’s stuff. Agent Smith notes how big that is of him to bring a person who lied and involved him in fraud without his knowledge their belongings. Tripp agrees that he’s a bigger person than her, then things get insane. While Tripp is handing off the stuff, JJ Deveraux (Casey Moss), who’d been walking with her, rushes them and knocks Tripp right into Agent Smith. Hayley’s all WTH, but JJ grabs her arm and they make a run for it. Oh, yeah… this is totally going to work out.

It seems that Claire has at least one ally in town, as Ciara shows up at Casa Kiriakis to find Claire throwing things in the midst of a big fit. She gets Claire to calm down and eventually share what’s bothering her, as well as why Tripp would think Claire had anything to do with it. Ciara is surprised by Claire’s actions, as she thought Claire gave her blessing. Claire says she didn’t get a choice in giving her blessing, and Ciara is suddenly sympathetic to her. She thinks Tripp put Claire in a really bad situation, and that wasn’t fair.

This touches Claire, obviously. So much so, that she almost confesses to starting the fire that nearly killed Ciara. Almost. 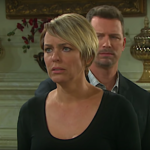 Days of Our Lives Spoilers: Nicole Is In Need Of A Hero

The Bold and the Beautiful (B&B) Recap Thursday: Batie Reunites, But Inevitable Katie and Bill Breakup Leaves Will Scarred For Life?