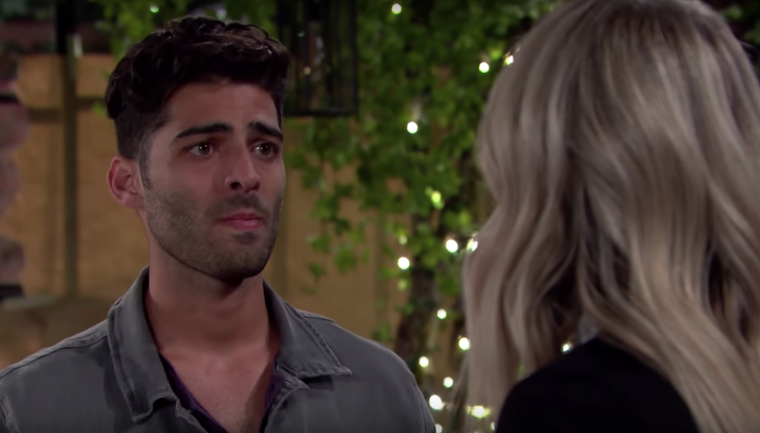 The Young and The Restless Spoilers, Friday April 19 Update: Abby Launches The Society

It all begins with Abby yelling on the phone while at Society. Lola (Sasha Calle) tells Tessa (Cait Fairbanks) that there’s no food delivery because of traffic on the highway. She’s panicking because she has nothing to serve. To make matters worse, Arturo arrives and he wants to talk to Abby but she wants nothing to do with him. He finds out that Lola got the wrong fruit and now everyone is freaking out. Tessa suggests they do yoga to calm their nerves. Lola reminds herself that she’s not the kind of person that gives up. If that weren’t enough, someone tells Abby that the fire alarm is expecting to go off throughout the night. Arturo saves the day and says that he’s on it.

At the Abbott mansion, Kyle Abbott (Michael Mealor) is holding a small box. Summer arrives and he puts it away. Summer wants to go to Abby’s launch, but Kyle doesn’t think it’s a good idea, especially since Lola will be there. Upstairs, Summer is in the mood to make out but Kyle clearly isn’t. While he is in the shower, Summer finds a necklace and assumes that Kyle bought it for her. Downstairs, Kyle gets a text from Lola asking if he’s coming to the launch. Summer comes downstairs in a very figure-hugging dress and reveals that she got Lola a gift from them.

Elsewhere, Cane is on the phone with Traci (Beth Maitland). He tells them that the twins went to prison to wait for their mother’s release. As Lily enters the house, Cane smiles and welcomes her home. Lily, however, has a glum look on her face and tells him that she’s not free until he signs the divorce papers. She demands that he let her go. Cane says that he’s not giving up on their marriage.

He admits that he’s been doing his best to turn his wrongs into rights and that he wants to be a better husband. Lily reminds him that sleeping with Juliet or kissing Victoria behind her back helps his situation. He’s still adamant that he deserves another chance. Cane wants her to spend the night at home and has just one last request: he wants them to attend the launch together.

At Abby’s launch, she opens the doors for the first time, but unfortunately no customers are there. Inside, Lola pulls her necklace out of her uniform. Summer sees it and is clearly upset. 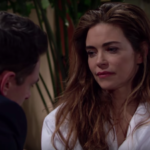 The Young and the Restless Spoilers, Thursday April 18: Phyllis Blackmails Billy For Cash, Threatens To Oust Billy’s Affair With Her Daughter Summer – Victoria Indecisive Whether 4th Time’s the Charm

‘Days of Our Lives’ Spoilers: Is Will Going To Die?