General Hospital’s Ryan Chamberlain and Franco Baldwin Meet Days of Our Lives’ Ben Weston: Serial Killers In the Soap Opera World, An Analysis On Why Some Are Redeemable While Others Less So 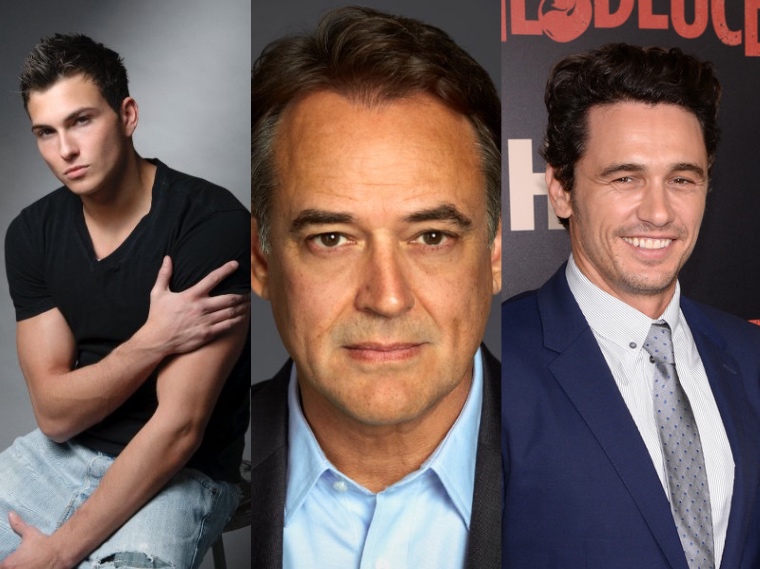 There’s no shortage of serial killers in soap opera land, striking terror into the heart of their fictional town’s residents. As for the fans of shows like General Hospital (GH) and Days of Our Lives (DOOL), some of these villains work their way into the hearts of viewers, while others have viewers rooting for their swift comeuppance. Let’s explore a few of these characters, like GH’s Ryan Chamberlain (Jon Lindstrom) and Franco Baldwin (Roger Howarth), as well as DOOL’s Ben Weston (Robert Scott Wilson), for a minute and some of the reasons for these mixed reactions.

General Hospital’s Ryan Chamberlain and Franco Baldwin Meet Days of Our Lives’ Ben Weston: Serial Killers In the Soap Opera World, An Analysis On Why Some Are Redeemable While Others Less So

Why Do You Think Some Serial Killers Are Redeemable In Soaps?
Survey Maker | Make Surveys in Minutes | PollMaker

Days of Our Lives Spoilers: Ben Weston, the loveable killer

If there’s one character that has us (and many fans) cheering for his success, it’s Ben Weston of Days of Our Lives. Played by Robert Scott Wilson, this character was once a cold-blooded criminal known as The Necktie Killer. After killing several people (and trying to kill others), Ben Weston is fighting to make his way back into a Salem society that hates him with the fire of about a million suns. So why is he so popular with the fans they want him hooked up with Ciara Brady (Victoria Konefal)?

Ben is pretty much the definition of a tragic figure trying to get beyond his very shady past. Raised by a man that was a complete monster and subjected to horrors that would pretty much warp almost anyone, it’s a total credit to what this character is made of that he’s even trying to be a better person.

Another factor is extenuating circumstances that make the character extra sympathetic. Due to bad genetics, no doubt (come on, have you heard the way he and his sister talk about their dad?) and trauma, he’s not the healthiest guy mentally. He was technically not really in a place where he could understand what he was doing and how wrong it was.

Another factor is watching Ben on meds, trying to hard to navigate life in Salem and rebuild as a better person. How can you not root for someone who’s not only tortured by his past actions, but still forges ahead?

Finally, let’s face it. An actor can make or break a character, and Robert Scott Wilson is making the difference. He brings a charm and vulnerability to Ben that makes it hard not to like him, even as you can somewhat understand why people are wary of him.

There’s another very sympathetic (former) killer in soap world—Franco Baldwin (Roger Howarth). Although, as we’ve quickly learned in a short time watching some of these shows, there’s very few people in soap world that haven’t committed a murder or some other violent crime. Some people just get more of a pass on it than others. There’s a couple of reasons why Franco is forgiven for his past sins. One might be the fact that, much like Ben Weston, he’s not exactly truly responsible for his crimes.

There were the result of a brain tumor. Once he was treated, he’s clearly worked hard to earn a place back in society. He’s done such a good job, that many of Port Charles’ residents are finding it hard to believe that Franco is actually guilty of these recent murders in town, despite the evidence planted that led to his arrest. Hell, this guy’s done such a great job, that these people aren’t buying his guilt even after he claimed it in court at the commissioner’s behest. Hey, we never said the guy couldn’t be stupid…

Something else that makes Franco a sympathetic character is watching how he interacts with Elizabeth Webber (Rebecca Herbst) and her kids. He shows a caring, concerned nature that is endearing. This is especially true with his concern for the youngest of the bunch, Aiden Spencer (Jason David).

Finally, we’ve got the great acting. Roger Howarth does a great job, making the pain and torture of Franco’s past evident. And let’s be real: his incredulous reactions to Jordan Ashford’s (Briana Nicole Henry) plan to catch the real killer are gold. We still think the character is an idiot for going along, but the reactions are awesome. Plus, he does have good intentions. He genuinely wants to help expose the real bad guy. How can you not love this (misguided) reformed character?

Otherwise know by us as Not-Kevin Collins (Jon Lindstrom), this guy takes the prize for ‘character that doesn’t have redemption in his future’. Let us count the ways he’s at the bottom of the barrel.

First off, he’s not new to this whole serial killing thing. Ryan committed a spree years ago that became infamous in the world of Port Charles. His last spree claimed seven victims, although nine were on his hit list. He supposedly died, bringing an end to his previous reign of terror. Unfortunately for Port Charles, he was very much alive.

Unlike the others on this list, Ryan has no excuse other than he’s a total sociopath who will end up having to be put down like the rabid dog that he’s proving himself to be. The guy’s not only taken his brother’s place after getting him locked away in an institution, he’s destroyed his brother’s marriage, tried to kill Kevin’s step daughter, and left three additional victims in his wake with this latest spree. Not only that, but he romanced the mother of one of the women he killed. Talk about slimey. And Ryan revels in every second of it.

Finally, we think there’s one other reason why Ryan is looked at negatively by fans and not redeemable as a character. Once again, we have to give props to the talent. Jon Lindstrom plays Ryan in a way that makes you hate this guy, as we’re supposed to. (Although, we have to admit to finding the character and the situation around him totally amusing and awesome.) There’s an air of pretentiousness to Ryan that makes it easy to want to slap that look right off him. Other times, he comes off so cold and manipulative, it’s actually a little creepy. But it’s the total arrogance that might be the most unforgivable in this character, and is slowly and surely leading to his ultimate downfall.

Days of Our Lives Spoilers: Jealousy Brews As Hope Suspicious Over Rafe and Lani Bonding Over More Than Just Jordan’s Baby David

The Young and the Restless Spoilers Tuesday, April 30 Update: Kyle Kicks Summer To the Curb, Leaves Her An Emotional Wreck As He Reunites With Lola