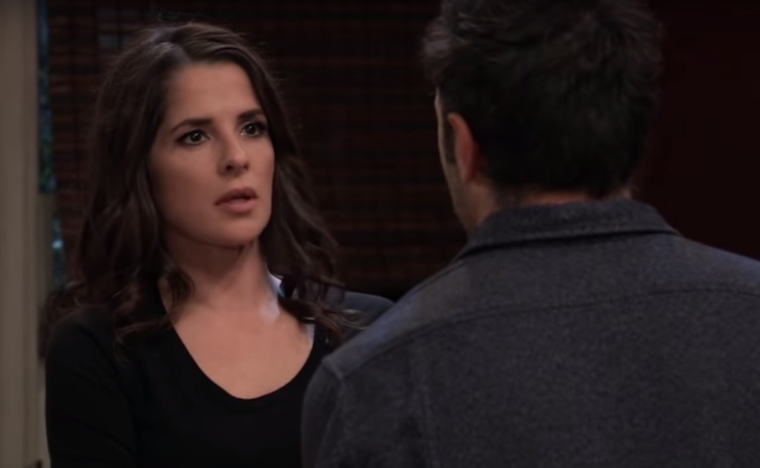 General Hospital spoilers update for Wednesday, April 17 indicate that Margaux and Sonny are at each other’s throats again! Try as she might, Ms. Dawson cannot seem to force Kristina’s whereabouts from Sonny, even though she has a sneaking suspicion that he may be withholding information from her. Sonny’s been at this game too long to give up now! Also as it turns out Margaux is involved with DoD so garnering any info about Kristina will definitely be a no go.

Meanwhile Shiloh tells Sam that they have something that Jason didn’t count on. He will then proceed to involve her in a secret scheme against Jason, only he doesn’t realize that he’s only shooting himself in the foot because Sam is in cahoots with Jason! She will play up to him and convince him she on his side. Anybody else need a breather after that explanation? I sure do!

Jason will also realize that Bradley is now a part of DoD and that the drugged cup never got tested. He just went along with Shiloh like any good follower would. Michael grills Willow about her baby and wonders if she knows anything about the baby’s new adoptive family. Willow will probably choose to keep mum (haha no pun intended) about the info she has about Brad and Lucas being the baby’s family for now but with how uncomfortable she gets around Brad and the longing looks she gives little Wiley it won’t take long for Michael figure out this one for himself. Unfortunately, as we all know Willow’s own child died and was replaced by Jonah Corinthos so that’s going to be one messy bomb when it does drop!

Poor Finn wants to propose to Anna so badly and has been rehearsing it ever so sweetly, but he just can’t seem to find the right time to pop the question. Chase visits his brother with champagne but he’s a bit early for the celebration. Chill the bubbly for when she says yes, Finn!

Franco will catch Nina off-guard in an effort to make poor little Aiden feel included at school. He suggests that since Charlotte is so popular that she and Aiden start hanging out together and maybe a little of her popularity -will rub off on Aiden. However Nina is skeptical of this idea. She says that Charlotte isn’t a miracle worker and that she certainly can’t control who other students choose to target. The road to hell is paved with good intentions, Franco, you should know. Stay tuned!!! 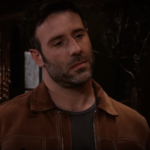 The Young and the Restless Spoilers, Thursday April 18: Phyllis Blackmails Billy For Cash, Threatens To Oust Billy’s Affair With Her Daughter Summer – Victoria Indecisive Whether 4th Time’s the Charm