‘General Hospital’ Spoilers: Dante Is Back With a Vengeance, Happy Homecoming Put On Hold – Ava Undertakes Plans To Hunt and Kill Ryan

‘General Hospital’ spoilers tease that Ava will finally take matters into her own hands. Dante is finally back in town, but his return home is anything but a happy homecoming. Here’s what you need to know.

‘General Hospital’ Spoilers: Dante Is Back With a Vengeance, Happy Homecoming Put On Hold – Ava Is Taking Over, Dante Is Finally Back

It all begins with Ava telling Franco that she has a new mission in her life: to hunt and kill Ryan Chamberlain. After he manipulated her for many months and almost killed her during their supposed honeymoon, Ava has finally seen the light and the truth. She might have made a mistake in believing him, but things are now different. Little does Ryan know that if there is a person that is more dangerous in Port Charles than he is, then it’s Ava. She tells Franco in a teaser trailer, “I hope Ryan is still alive so I can kill him.” If there is something we’ve learned about Ava is that when she puts her mind to something, she will most definitely do it.

Meanwhile, Sonny is on the hunt for Dante, who has been missing in action for several months now. General Hospital spoilers indicate that Sonny will be able to track him down, but it won’t be easy. He will have to go through a gang on thugs before he gets his son back. As he puts a gun to a thug’s head, Dante casually appears from behind a door.

With that being said though, there’s a strong possibility that Dante isn’t the same man he used to be when he left Port Charles. Sonny, Lulu, and the rest of the family are in for a huge surprise. Of course, fans will have to tune in to find out what will happen next! 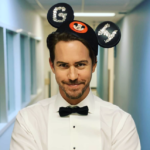