‘General Hospital’ spoilers that someone’s life might be in danger. Is Ryan ready to claim yet another victim? Read below to find out who could be Ryan’s next victim.

‘General Hospital’ Spoilers: Someone’s Life Could Be In Danger

‘General Hospial’ spoilers relate that hardly a week has  gone by since Kiki Jerome’s (Hayley Erin) murder and we could be looking at yet another victim. Killer Ryan (Jon Lindstrom) is not the type to be satisfied by a good kill, he’s more of the scavenger type of the serial killer breed: the more he kills, the more he wants to keep killing. It doesn’t matter that the whole of Port Charles is still reeling in terror, nor that Ava Jerome is on the war path to quench her thirst for bloody revenge. In fact, these facts excite him. And this is precisely why this might be the most opportune of times for Ryan Chamberlain to lay waste to his next victim, Laura. That has Ava’s brother, Julian, a little suspicious.

"I don't need to see a psychiatrist… but I think you do!" #GH55 pic.twitter.com/UvRj9IuqfU

‘General Hospital’ spoilers relate that Kevin (Ryan) hasn’t been acting normally in the aftermath of Kiki’s death, and this hasn’t gone unnoticed to Laura. “Kevin” snapped at Laura and this has made her suspicious. She isn’t going to give up on figuring out why Kevin isn’t acting like himself lately until she gets some answers. 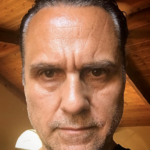 Julian is struggling with Kiki Jerome’s death. Ava’s brother is worried that Ryan is taking up too much room by keeping Ava all to himself. He’s also taken Kiki’s death extremely hard, and will continue facing a difficult challenge in attempting to overcome it. The interesting question is, whether Julian will be able to get the proper hints from his sister and Ryan to help himself build a better future.

Daily Soap Dish is a leader for ‘General Hospital’ Spoilers, News, Comings and Goings and more. Come back often on our General Hospital page as we will provide updates once we find out more GH spoilers on the Ava revenge front. Don’t forget like us on Facebook and follow us on Twitter so you can get the most up to date General Hospital content on your favourite platform.

‘Days of Our Lives’ Spoilers – Busted!